One of the positives arising from COP26, the 26th United Nations Climate Change conference, was an increased focus on climate change at the city level. With the presence of C40, a global network of mayors from large cities around the world, climate action is being discussed in terms of urban planning and governance, something Associate Professor Gerald Mills, UCD School of Geography is eager to see.

As a renowned physical geographer who has contributed crucial research to the field of urban climatology over the past few decades, Associate Professor Mills is looking to the next stage of global climate change models.

“These models have largely ignored cities up until this point but considering half the planet’s population live inside them, if you want to deal with exposure hazards, risk, etc, you need to be focused on cities. I just don’t see any way around it,” he explains.

“London and New York are part of C40 and they are now talking about managing their own emissions. Decisions are being made at the city level rather than national and that’s a big deal.” What does the author of Urban Climates, a cornerstone text in the field of urban climatology, think of cities in Ireland adopting this approach?

“I don’t think Dublin is too small to apply this thinking,” he says and goes on to explain that Dublin, in terms of climate action, has the unique position of playing host to many datacentres for large global technology companies. In fact, it is now the largest data centre hub in Europe. There are a lot of discussions about these data centres as a big source of energy demand, big drawdowns of electricity. But energy is required to cool them which is exactly the opposite of what most energy is needed for in Ireland – to heat houses.

“One way of dealing with this is to look at district heating schemes to make the system more efficient. The waste energy from these datacentres – which they don’t need – could be transferred to nearby housing.

It’s going to take reconfiguration at a city scale but this is about decarbonising the electric system.

In fact, Associate Professor Mills’ own research includes the urban climate of Dublin, which involves measuring and modelling of energy exchanges between the city and overlying air, creating geographic databases of trees and building types, and simulating the energy demands of buildings.

As part of this he has worked closely with Maynooth University colleagues on a series of climate projects including the Terrain AI project in association with Microsoft and Science Foundation Ireland. This interdisciplinary project uses machine learning and other forms of big data analysis to better understand everything from grassland and forests to urban areas of Ireland for sustainable approaches to farming, public transport and everything in between.

“I am responsible for the urban landscape, and I am working with researchers to develop and apply the weather research forecasting (WRF) model to study the emission and transfer of greenhouse gases at a detailed temporal and spatial scale across Dublin”

With this kind of big picture thinking, it comes as no surprise that Associate Professor Mills recently won the 2021 Luke Howard Award for Outstanding Contributions to the field of Urban Climatology. This was awarded to him by the International Association for Urban Climates (IAUC) for lifetime achievements in the field encompassing original research, largescale collaborations, valuable citizen science projects and contributions to the history of urban climatology.

This history goes back to the IAUC award, which is named after Luke Howard because he is recognised as the father of urban climatology, something Associate Professor Mills knows well through his work to bring this 19th century pioneer to a modern scientific audience.

“Luke Howard was an amateur scientist. He was a gifted observer of the skies and developed a classification of clouds (cirrus, cumulus, stratus, etc) that is used to this day; this work was important as it created a language for describing clouds that could be used for near-term forecasting,” says Associate Professor Mills.

But it was Howard’s work on taking daily measurements of what was then the countryside around London, comparing these to Royal Society measurements, and observing the temperature differences, that led to the birth of urban climatology.

“He hypothesised the reasons as to why temperatures should be warmer in cities: the fact that there was no vegetation, meaning no evaporation was occurring leading to heat going up into the air, that buildings were close together, and that they blocked ventilation.

“This was proposed in the 1800s and only in the last fifty years has there really been any comprehensive understanding of how the system functions, putting Howard’s ideas into place,” Associate Professor Mills notes.

The evolution of the field was what led to the formation of the IAUC in 2000 and, while serving as president, saw Associate Professor Mills bring the organisation’s conference to Ireland, hosted at UCD in 2012. With 500 researchers in attendance, it was the largest congregation of meteorologists and climatologists the country has ever seen, not to mention other invested disciplines including architects, urban designers and planners.

And in the true nature of scientific research an idea was born when Mills began looking through the abstracts submitted to the conference, thinking that all of the contained information could have bigger value. It became the basis for WUDAPT World Urban Database and Access Portal Tools) a bottom-up, community-based project looking to gather as much relevant information as possible about cities around the world and organise this into coherent datasets that can be queried by researchers.

“If you want to know about global climate change you need precise information about carbon dioxide emissions. However, we know practically nothing about most cities on the planet including some huge cities like Mumbai which has a population of 20 million people and is going to be on the front line of the climate crisis.”

“We have these extremely sophisticated models that can be used to look at projections, to offer advice, to give warnings, but cannot be used in practicality because of a lack of data. This is where the WUDAPT project has proved to be very successful. It is now very close to being a global map of all the cities in the world.”

Meanwhile, back in Dublin, Professor Mills has been counting trees! The Mapping Green Dublin project, led by UCD School of Geography, is a community-focused, citizen science project to involve Dublin residents in mapping green areas in the city.

The idea is to look at everything from diversity of tree species to noting areas deprived of natural greenery leading to ‘greening’ projects that could create more play areas, add biodiversity and spots for walking and cycling. I’m sure Howard would have approved. 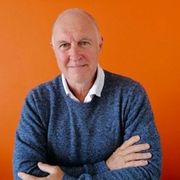