How Dogs can Pollute our Rivers and Seas

Not cleaning up after your dog can ruin someone else’s day. One woman – we’ll call her Sharon – only learned she had COVID-19 after her family gave out to her for traipsing dog dirt all through the house; she hadn’t realised it was on her shoe because she also hadn’t realised that she’d lost her sense of smell!

But dog dirt isn’t just a health and hygiene nuisance when it ends up on our shoes and in our homes. Researchers at UCD have gathered evidence showing that even small amounts of dog dirt can pollute our coasts and make beaches and sea swimming dangerous.

Professor Wim Meijer, Head of UCD School of Biomolecular and Biomedical Science has been working with PhD candidate Niamh Martin on Acclimatize. This is a major EU-funded project involving Irish and Welsh researchers, with UCD as the lead partner, which looks at the relationships between humans, animals and water pollution. In particular, the project looks at how faecal pollution can affect the quality of water in areas where people swim and bathe. This pollution can come from a number of biological sources, including dog fouling, sewage spills, and wild birds.

“My project aims to calculate how much pollution each source is contributing to beaches,” says Niamh. “It involved collecting faeces samples, from big and small dogs and from dog shelters. We then weighed the samples and determined how many bacteria were in each gram. I worked with PhD candidate, Jayne Stephens to carry out dog fouling surveys at beaches at Merrion and Sandymount in south Dublin, and Portrane and Donabate in north Dublin.

In just one day, we picked up over two kgs of dog faeces

When not collected, dog faeces wash out to sea, polluting the water with E. coli and other potentially dangerous bacteria.

“In these two kilograms alone, there were over 88 billion E. coli, and this is what we are introducing to the water. Water with over 250 E. coli per 100 millilitres significantly increases the likelihood of making a person sick.”

Most people pick up after their dogs but, despite many public information campaigns, a significant minority still don’t. In 2021, a survey carried out for Dublin City Council by polling firm Behaviour and Attitudes saw 96% of people claim to pick up after their dog. Niamh, however, is doubtful. “I also surveyed how many dogs were on the beaches while I was there,” she says. “On some days, it was as high as 200, and on average I would find about 20 dog poos. This means that perhaps one in ten is not picking up after their dog.”

“If a dog goes on the beach, and the owner picks it up, there is often still a signature left on the sand which gets into the water and pollutes it”, says Professor Meijer. He suggests that dog owners make sure to remove as many traces as possible – an easier task on the sand, where they can scoop up the sand underneath the offending article.

It is quite stark: if you take an area the size of a tennis court, fill it with half a metre of water and add just one dog poo, that water will fail quality tests and will not be safe for people to swim in.

Both researchers say that dog waste – or even fragments of it – left on the sand can also harm children, especially as they are more likely to play in the sand.

Professor Meijer says: “Many people don’t quite realise the impact of dog fouling on beaches. They think the sea will wash it away, but we are providing scientific evidence to the public and to local authorities that dog fouling is a serious problem – and one that is sometimes directly responsible for failing water quality. With this information, we are giving the local authorities the tools to do something.”

The team at UCD is currently working with three Dublin local authorities and Dublin Bay Biosphere on an animation to help educate people on the problem.

“The idea is not to point fingers but to create awareness that even a small dog poo on a big beach has a significant impact and can contain harmful bacteria, viruses, worms, protozoa which, in extreme cases, may cause blindness,” says Niamh. “And, ultimately, who would want to swim in water that has dog poo in it?”

The Acclimatize project is part-funded by the European Regional Development Fund through the Ireland Wales Programme 2014-2020. See Acclimatize.eu for more information

Professor Wim Meijer began lecturing in the department of microbiology in the University of Groningen, the Netherlands in 1991, and moved to UCD in 1997. “I’ve been involved in researching infection biology caused by pathogenic bacteria since then, and my work has traced the sources of pollution, particularly in water, back to their source,” he says.

In 2020, he set up the National SARS-CoV-2 Wastewater Surveillance Programme in partnership with Irish Water, the National Virus Reference Laboratory (also based in UCD and which played a pivotal role during the COVID-19 pandemic, particularly in the early days), the HSE, the Health Protection Surveillance Centre and the Health Intelligence Unit. This involves the surveillance of 68 treatment plants nationwide, monitoring the levels of SARS-CoV-2 in wastewater; unsurprisingly, levels are higher when the virus is at high levels in the population.

PhD candidate Niamh Martin graduated from Trinity College Dublin with a BA (Mod) in Zoology before obtaining her MSc in Wildlife Conservation and Management from UCD – is looking to expand this wastewater surveillance to include other viruses that are found in the community. “My research examines the link between biodiversity and water quality and their impact on human health,” she says. “The surveillance of waterborne pathogens is an important tool to reduce the risk of illness”.

Professor Meijer and Niamh Martin were in conversation with Peter McGuire, BA (2002), MLitt (2007), freelance journalist and regular contributor to the Irish Times. 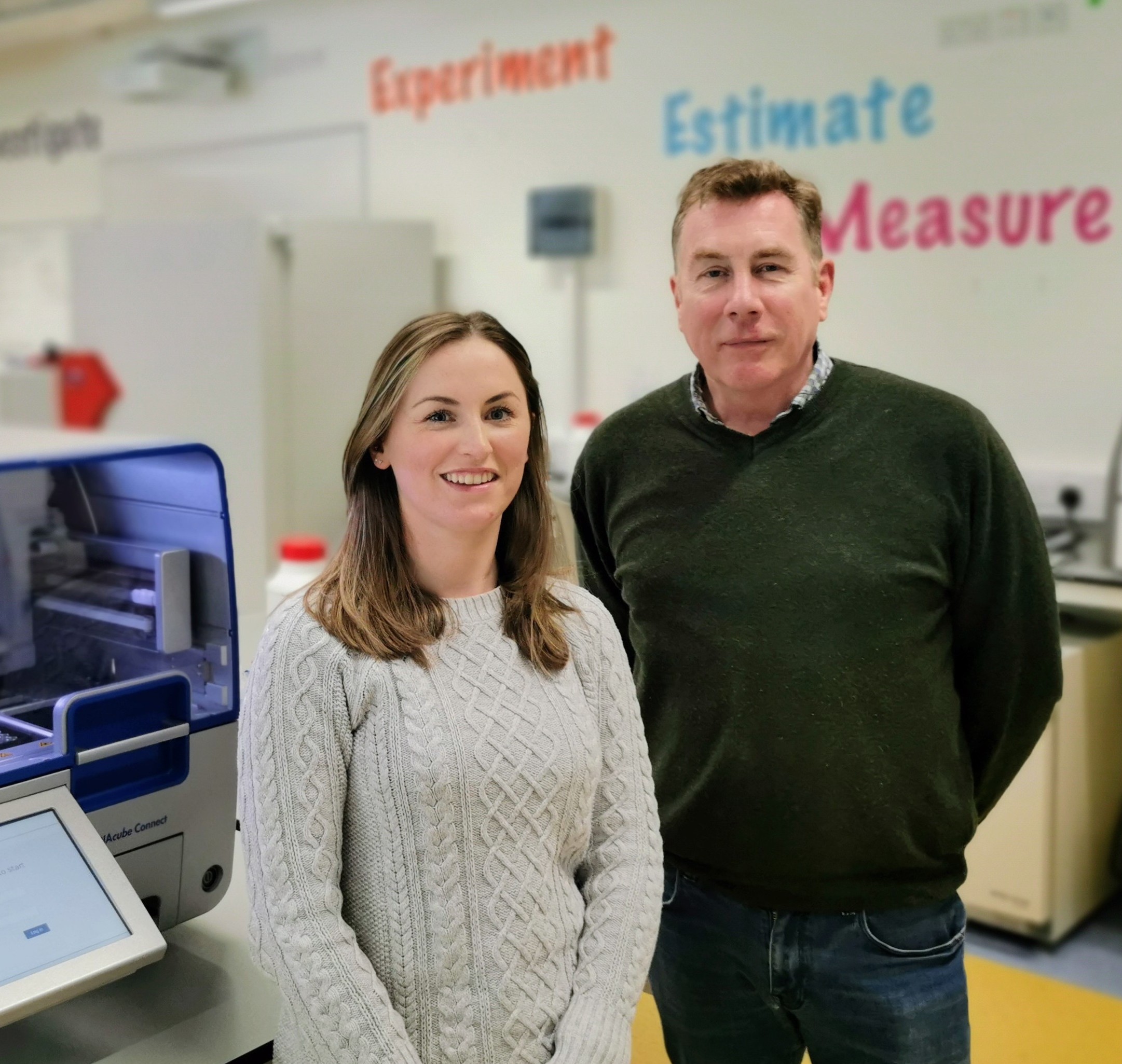