Shocking conditions for asylum seekers in Ireland have been compared to settings in industrial schools or even prisons with residents sometimes trapped in limbo for up to a decade. Activists, United Nations human rights bodies, NGOs, lawyers, politicians and academics among others have documented their plight.

Justice authorities recently apologised after a woman who died at a direct provision centre was buried without ceremony or prior notice to colleagues. President Michael D Higgins has said conditions for those seeking asylum are unacceptable while special rapporteur on child protection, Geoffrey Shannon, says children who are brought for protection to Ireland, often fleeing warn-torn countries, are treated as “second-class citizens”. He compared direct provision arrangements to the mother and baby home scandal.

Dr Liam Thornton, UCD Sutherland School of Law has sought to put a spotlight on the asylum system. His academic work on immigration has influenced public debate and he has reported to the United Nations on Ireland’s breach of international human rights law in overseeing the system. Furthermore, he advised a case challenging the State system on human rights grounds. He believes that direct provision has parallels with how Ireland treated ‘problematic populations’ in the past, including people in industrial schools, borstals, mental health hospitals and mother and baby homes.

The Corkman’s research has been relied on by the Irish Human Rights and Equality Commission and Geoffrey Shannon. He advised members of Seanad Éireann, as a research consultant to lawyers in an unsuccessful challenge to the system in 2014. Dr Thornton has also discussed the treatment of persons seeking asylum at the United Nations, in the Oireachtas and at conferences.

Peer-reviewed journal articles of his work have appeared in legal and socio-legal journals. These examined how the then non-legislative system of direct provision emerged and later triggered human rights concerns.

direct provision has parallels with how Ireland treated ‘problematic populations’ in the past, including people in industrial schools…and mother and baby homes.

Crucially, Dr Thornton has tracked the direct provision system from its inception almost 20 years ago through to the most recent calls and efforts to reform it. In 2019, UCD provided funding to enable him to make available over twenty years of Freedom of Information Requests. These are available from www.exploringdirectprovision.ie and give an insight into how the system of direct provision in Ireland developed.

Dr Thornton outlines how there is a tension between the neglected human rights of those in direct provision and the protection by justice authorities of the state’s welfare system. He says the legal test prior to the formal commencement of direct provision in 2000 was whether the state must provide welfare for asylum seekers as opposed to just their basic needs, such as food and shelter.

“The law was just brushed to one side. The views of the Department of Justice took precedence whereby they just set to one side Irish welfare law and said ‘we know under the law that asylum seekers could potentially be entitled to supplementary welfare payments but we are actually providing that through accommodation, meals, centres and at the time €19.10 per adult per week’.”

“Protecting the welfare state from outsiders became much more pronounced since 2004,” explains Dr Thornton. This was in part because of EU enlargement, he explains, and is documented through departmental correspondence and exchanges. He says the clampdown on welfare rights here for asylum seekers was “absolutely” as a result of EU enlargement. Exchanges between civil servants reveal this through Freedom of Information releases.

Between 1997 and 1998, there were as he calls it “tensions” between justice and social protection officials.

“The Sun newspaper was reporting that asylum seekers were entitled to BMWs or free cars. You had the then Justice Minister John O’Donoghue writing to the then Social Protection Minister Dermot Ahern saying ‘Dermot, this is disgraceful, how can you allow this?’ and Dermot Ahern replying ‘what the hell are you talking about, there are no such entitlements’.

“And then over time the views of Justice won out with the discussions dominated by a feeling that ‘we need a different approach. We are being told by all our European partners we need to take asylum seekers out of the core Irish welfare state. We are being told by our British colleagues that this is a threat to the Common Travel Area’.”

Dr Thornton explains that by the time direct provision was proposed at the turn of the millennium, there was a lot of [people saying] ‘we have decided to do this because Britain has implemented a similar system’. But that was wrong. Britain was only trialling a pilot system for asylum seekers. “We decided to adopt a system based on a British pilot scheme which failed abysmally after a year,” he adds.

In the mid-1990s, there were limited numbers of asylum seekers in Ireland, mainly from Yugoslavia and they were entitled to welfare and housing. But numbers shot up to just under 11,000 in 2001. The system then, after it came in, largely remained unchanged up until 2017, despite reforms proposed by the McMahon Working Group on the system of direct provision. For seventeen years, the weekly payments remained at €19.10 a week for adults. This rose to €21.60 in 2017.

We decided to adopt a system based on a British pilot scheme which failed abysmally after a year.

Thankfully, there have been some positive changes since the system of direct provision was provided with a legislative basis in June 2018. A limited right to work has been introduced and Minister Regina Doherty made a significant increase in the direct provision allowance to €38.80 since March 2019.

A chief concern is the length of time residents remain in the system waiting for decisions on their asylum applications. Dr Thornton says that, as of 9 July 2019, over 59% of those in direct provision had been there for 12 months or more, with over 23% for more than three years.

The original intention had been that applicants would spend limited periods in centres. But some have spent years in it. Furthermore, there were no public tenders for accommodation providers in the initial years either, he says.

Previous correspondence between civil servants unearthed by Dr Thornton also blamed asylum seekers for contributing to housing shortages and this resulted in applicants being placed in centres outside Dublin and other urban areas.

Dr Thornton says that, given all the problems with direct provision, one solution could be to allow asylum seekers access the welfare system. This would be cheaper than the current model used to support asylum applicants, he says citing two recent state reports.

However, it would be difficult if not impossible for thousands of asylum seekers in Ireland to independently find accommodation, notes the UCD academic.

In the absence of any ultimate solution to resolving the system, Dr Thornton says practical measures, some proposed by the McMahon Report, could be introduced to ease the plight of asylum seekers. This could include raising their allowances, allowing families to cook for themselves in centres, providing more privacy and helping asylum seekers integrate into communities.

He adds: “These solutions have been proposed ad nauseum since 2001…”

practical measures…could be introduced to ease the plight of asylum seekers. This could include…allowing families to cook for themselves…providing more privacy

Image credits: Vukaskin Nedeljkovi, photographer and PhD researcher who documents visual images of the system of direct provision, based on his experience of the system. http://www.asylumarchive.com/ 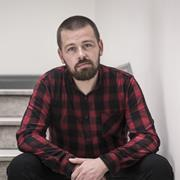