Who’d Ever Think it Would Come to This?

Kate Manning and I are chatting a few days after the high-profile premiere of the Civil War Cantata Who’d Ever Think it Would Come to This?, a work Kate helped conceive. She’s still on a high. ‘Last week was just mind blowing,’ she tells me over Zoom.

‘Going from an idea to bringing it to fruition is always a challenge. But this one had so many moving parts, and then the pandemic really threw a spanner in the works. Getting the funding, getting the team on board, getting the website up and the content, getting the symposium together – we had an incredible team. The performance itself, there was real commitment in it. You could have heard a pin drop at the end. The reaction afterwards was incredible.’

Kate Manning is Principal Archivist at UCD Archives. She hatched the idea of a commemorative work for the Civil War centenary a few years back. ‘I suppose it had been sitting in my head for a while,’ she says, ‘with the decade of centenaries beginning in earnest around 2016.’

One catalyst was reading Ed Vulliamy’s book The War is Dead, Long Live The War, Bosnia: The Reckoning. ‘Ed wrote the book twenty years after the end of the war in Bosnia. And he talks a lot about commemoration and the lack of commemoration. One of the functions of commemoration is being able to acknowledge what has happened: it’s confronting something as well as remembering something. And if you take that ability away, it has real human consequences.’

She had wondered about the lack of Irish public enthusiasm for commemorating the Civil War. ‘I was very struck in the language, in the media and general discussion, that everybody was so positive about the 2016 commemorations, but were anxious about the 2022 commemorations. And I wondered, well, why is this? The people were still being killed. This whole kind of tiptoeing around I found very interesting.’

Thus, a plan was made. Kate, Anne-Marie O’Farrell, Ed Vulliamy, Ciarán Crilly and Wolfgang Marx decided to create a cantata (orchestra, choir, soloists) with a libretto written using material from the UCD Archives. O’Farrell wrote the music, Vulliamy wrote the libretto, Crilly conducted and Marx organised a symposium, and they were joined in late 2021 by theatre artist and Artistic Director of UCD Ad Astra Academy, Kellie Hughes. The hour-long cantata follows the War’s chronology and draws on myriad voices, from Eithne Coyle (a republican imprisoned during the war, in 1926 elected president of Cumann na mBan) to General Mulcahy (who succeeded Collins as Commander in Chief of the Army). It’s a thrilling, moving work on a grand scale.

How difficult was it for Vuillamy to navigate the abundance of Civil War materials in the UCD Archives? ‘That was always going to be a challenge. He was going to have to get his head around a huge amount of material. In 2019, when we got the funding for the commission, we thought we had at least a year for Ed to come to Dublin from time to time, sit in the archives, work away and identify material.’

Then, of course, came the pandemic. ‘It ended up that Ed had really two months last year to do this. And because of the pandemic, there were still travel restrictions. What could we do digitally? Luckily, we had some of the major collections, like [General] Mulcahy, digitised from microfilm. And then other smaller collections, like Mary Spring Rice, were already digitised.’ Manning let the war’s chronology and main incidents guide what material to prioritise.

Working as Principal Archivist at UCD has given Kate a perspective on intra-family political dynamics. ‘We had a researcher who contacted us about two years ago, who had read in a footnote in a book about the Civil War in Dublin some mention of her uncle, who she hadn’t realised had been part of the Civil War. And it emerges in the book that he’s a spy, but he’s a spy for the wrong side in her eyes—it turns out he’s a pro-Treaty spy.

‘She rang us up, horrified and said, “Is this true?” So, we took out the file and checked it for her and sent her a copy. And it was true. She was really genuinely – she was in her seventies – genuinely horrified. Again, it’s a really strong emotional reaction to what can sometimes just seem like words on a page.’

Reading the libretto, I was struck by how moment-to-moment lived experience comes through. Is that one of the values of the archive for Manning in relation to historical events?

‘Yes, absolutely. I suppose everybody has this idea of history as being big events, and there are big names and everybody knows those big names. But one of the really fascinating things about our collections is the variety of material that’s there. Even amongst official military material, you will find letters.

‘There’s this amazing letter from [revolutionary and writer Ernie] O’Malley’s mother to [anti-Treaty Commander-in-Chief] Richard Mulcahy, telling him that if either of her sons die in the hunger strikes, she personally will go after him and she’ll kill him herself, because she just can’t live with this anymore. It’s really strong and out-there when you’re reading this. So there’s always a personal level that permeates through this material, even when it’s official. I find it very moving and very challenging.’

One of the things this project has taught Kate is the scope for taking archives out of formal contexts. ‘I suppose archives can be very intimidating to people because of the structures of access. Anyone can come and use our archives, but when I say that to people they seem to be surprised. They think it’s for academics or people who are writing books, or people who are making documentaries.’ Manning encourages instead ‘the idea that they’re there for you, that you can come in and see them.’

In closing, Kate underlines how important the project’s funders were. ‘We’re massively grateful to UCD, to the Arts Council, and Resurgum put some money into it as well. Everybody who was involved in this project at a funding level really stepped up.’ 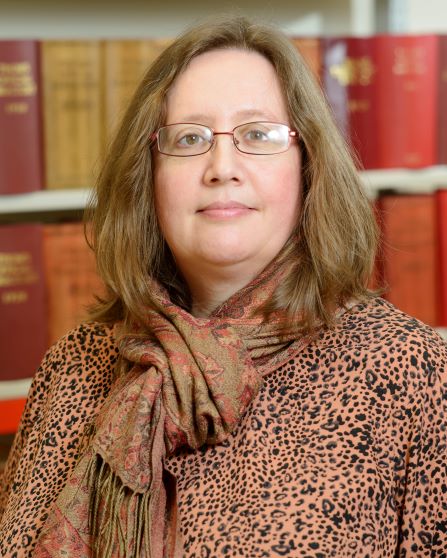