How should we lead our lives?

There are many good but incompatible answers to that question.

She was born in Iran. Her parents are part of the Armenian diaspora. Her grandmother was Russian speaking. She speaks Armenian, Persian, French and English and writes in languages using three very different types of alphabet. And she attended university in Belfast and Dublin.

It’s no surprise, then, that Maria Baghramian, Professor of American Philosophy at the UCD School of Philosophy, doesn’t just think in one language or see the world in one way. From a young age, she was interested in what unites and divides humanity, and soon realised that philosophy tackles many of these questions. “I think of where we agree and where we disagree,” she explains. “What are the significances of what seems to separate us, and what lies beyond those differences?”

This quest led Baghramian to the notion of relativism, one of the key concepts in philosophy. “There is such a diversity of cultural points of view about right and wrong and good and evil. Can we move beyond this to find some objective criteria? Relativists claim that judgements of moral values, aesthetics, truth and falsity, and even knowledge and justification depend on their cultural contexts. For the relativists there are no absolute or universal truths”.

It’s a debate that goes back at least 2,500 years, to the time of Plato. In this century, however, Baghramian has made a seminal contribution to the topic including her widely-hailed 2004 publication, Relativism. Her comprehensive survey of the topic recently appeared in the authoritative Stanford Encyclopedia of Philosophy.

We can recognise that political choices such as liberty and equality, which are not necessarily compatible, both have a value and that one is not ultimately superior.

So where does she stand on the issue herself?

In fact, she doesn’t come down on one side or the other. “My own view is to find an alternative position that goes beyond both the strong absolutist views which say that truth is singular and on the other, completely relativist views where no truth can transcend local criteria. I am in search of a pluralist option which allows for more than one right answer to normative questions without falling into the pitfall of relativism”. The realm of ethics is one area where pluralism is a useful approach, she says.

“How should we lead our lives? Most people would agree that there are many good but incompatible answers to that question. Or we can recognise that political choices such as liberty and equality, which are not necessarily compatible, both have a value and that one is not ultimately superior”.

Her nuanced views on the topic undoubtedly bring a fresh perspective. But this is just part of an impressive academic record that has seen her take up fellowships in the Massachusetts Institute of Technology, Harvard University, Institut Jean Nicod, Ecole Normal Superieur, Paris, act as an adviser to the China Association of Philosophy of Language and win numerous awards from Irish and international funding bodies, including a tenure as a Fulbright scholar at Harvard University and membership of the Royal Irish Academy. As Chair of American Philosophy she has published extensively on contemporary American philosophy and leads a research project on The American Voice in Philosophy.

Baghramian has also been central in bringing world famous philosophers to speak at UCD, including Hilary Putnam, Noam Chomsky, Daniel Dennett, John McDowell, and Robert Brandon, which has helped the UCD School of Philosophy to secure a reputation as a centre for research and debate on a variety of philosophical topics.

Looking at those names, however, one thing stands out: they’re all men. Internationally, philosophy has the dubious distinction of being a humanities subject that is heavily male-dominated. Baghramian, always recognising the importance of a plurality of voices, has set up the Society for Women in Philosophy Ireland, which is part of a worldwide project to mentor and encourage women into the subject. The SWIP Ireland annual conferences have become a focal international gathering of women philosophers working within differing philosophical traditions.

“Plurality is important,” she says “not just for philosophical reasons but also because of the political violence and repression I have witnessed. If there is one guiding force behind my thinking, it is a wish to see greater tolerance for difference and diversity. The best response both to political tyranny and to intellectual dogmatism is to allow more voices to be heard. But the quest for such multiplicities should be conducted within a broad framework that promotes a universal human (and animal) flourishing”. 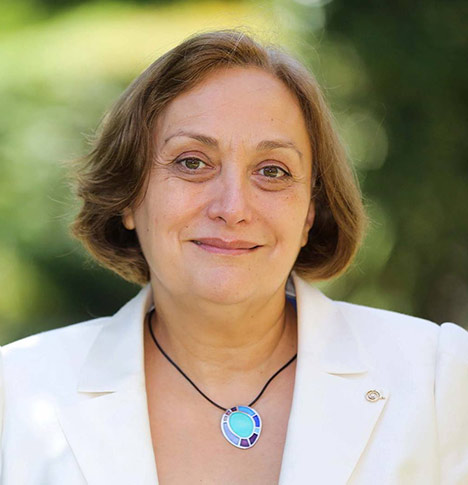 Daily life 10,000 years ago
The University of James Joyce