Tsunami deposits reveal a variable history in the Indian Ocean

Associate Professor Andrew Parnell, UCD School of Mathematics and Statistics, has played a key role in determining the timing and variability of tsunamis in the Indian Ocean over thousands of years.

26 December, 2004 is a date etched in global history. Humans around the world read, listened to and watched reports of a devastating earthquake in the Indian Ocean that sent tsunamis hurtling to the shores of countries in the region. Reports grew ever more horrific as the human cost became apparent, and it is estimated that quarter of a million people lost their lives as a result of that rapid but devastating natural disaster.

Now a new study involving UCD researcher Associate Professor Andrew Parnell has cast new light on the timing of previous tsunamis in Sumatra, close to the epicentre of the 2004 event, and the variability of the pattern is a warning to remain prepared.

Look to the past

One of the vexing issues that earthquakes and tsunamis pose is the impossibility of predicting their timing, severity and impact, notes Associate Professor Parnell, Lecturer in Statistics, UCD School of Mathematics and Statistics. “One thing we can do though, is look back at how often these events have taken place in the past and roughly how often they occur,” he says.

Fortuitously, an unusually well preserved telescope back into the past of tsunamis in the Indian Ocean region cropped up when two of the study’s researchers, archaeologist Patrick Daly and sedimentologist Ben Horton at Nanyang Technological University in Singapore, had a conversation. “Patrick was aware of a coastal cave in Sumatra, he told Ben about it and Ben went to look at it,” explains Associate Professor Parnell.

“When Ben and his colleagues dug a trench in that coastal cave, they could see where layers of sand had been deposited by tsunamis in the past. This was a once-in-a-lifetime find, a well preserved record of past tsunamis, and that set the whole study off.”

When the researchers analysed the layers revealed in the cave at the northwest coast of the Aceh Province, they were able to gauge the severity of individual tsunamis from the thickness of the sand layers they left behind. “You see a sand layer for every single tsunami, and the thicker the sand layer the nastier the tsunami,” explains Associate Professor Parnell. “Then in between those sand layers you find bat droppings that have accumulated over time.”

When the team picked about in the layers of sediment they were able to find sources of carbon, like bat droppings and shells, that you can use for radiocarbon dating to find out when the sediment was laid down.

The cave’s interior had protected the sediments from the forces of erosion, but the picture still wasn’t entirely clear: the severe 2004 tsunami had disturbed recent layers of sediment, and more generally some detective work was needed to precisely date tsunamis stretching back thousands of years. This was why Associate Professor Parnell, an expert in the analysis of radiocarbon dating, got the call.

“When the team picked about in the layers of sediment they were able to find sources of carbon, like bat droppings and shells, that you can use for radiocarbon dating to find out when the sediment was laid down,” he explains. “I have been doing the maths for radiocarbon dating for 10-15 years and Ben was one of my PhD supervisors. Whenever he has a complicated radiocarbon data to model, he usually gets me involved. In this case my job was to build up a big statistical model based on all of the radiocarbon dates they determined, some of which would directly date a tsunami, some would be either side of the tsunami, and the output was the estimated age of each tsunami.”

The record that the researchers built up and published in Nature Communications stretches back to 7,400 years ago. While the ‘top’ layers representing the most recent 2,900 years were muddled by the 2004 event, the analysis showed that in the period between 7,400 and 2,900 years ago, the region has seen at least 11 tsunamis, with a long dormant segment within that time-frame. “The problem is that there is a hugely variable recurrence rate between the tsunamis,” explains Associate Professor Parnell. “For a while you see events that happen reasonably regularly – over the first 2,500 years you have six tsunamis.

Next there is a big gap of more than 2,000 years where there is no evidence for tsunamis, then there is a mad century about 3,400 years ago where there were four relatively small tsunamis. It’s hugely variable and quite depressingly unpredictable how often or how severe these events are.” While another long dormant period would of course be welcome, the variability of the past tsunami record alerts us to the need to be prepared, he notes.

When Ben and his colleagues dug a trench in that coastal cave, they could see where layers of sand had been deposited by tsunamis in the past. This was a once-in-a-lifetime find, a well-preserved record of past tsunamis, and that set the whole study off.

“You can’t predict when earthquakes and tsunamis will occur, and it is a concern that in the past there have been four in a century, so just because we have seen a big tsunami in this century it doesn’t mean we can relax and think we won’t have another one for a while. Hopefully it is the case that we won’t, but because we have seen a pattern of several tsunamis happening quickly over short periods we need a prepared mindset.”

Associate Professor Andrew Parnell was in conversation with Dr Claire O’Connell, science writer and contributor to The Irish Times and Silicon Republic. 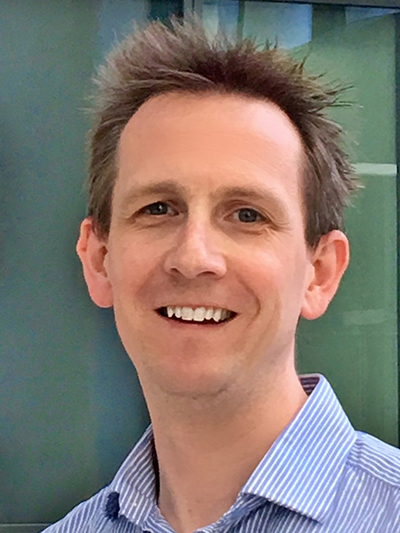