Like any Irish village, it was a place full of people with stories and lives touched by a common history and heritage. When electricity arrived in the 1930s, all of its inhabitants were moved and the village was one of many submerged by the new reservoir at Poulaphouca.

Aidan O’Sullivan grew up in Valleymount, a West Wicklow village not far from one of these sunken places. For Aidan as a boy, it was as if he lived in world with a hidden landscape, where old cottages were buried under water and the boundaries of old fields could be identified. It was a partial window to the past, just about hidden from view, but waiting to be discovered.

These days, Professor O’Sullivan isn’t just peering through windows to the past; now he’s leading us there, by creating doorways back to it. At the UCD centre for Experimental Archaeology at Belfield campus, Professor O’Sullivan is working with students to recreate early medieval dwellings that give us a real insight into what life was like thousands of years ago.

Professor O’Sullivan began lecturing in UCD in 2000 and has become a globally significant figure in the filed of Experimental Archaeology, which he explains, “investigates the past in the present by building structures, using tools and making things”.

Like any Irish village, it was a place full of people with stories and lives touched by a common history and heritage.

“Archaeology has often focused on landscape and environment, which are also major research interests of mine. But material culture, or the discipline of things, is a huge part of what archaeology is. How we cut our hair, the phone and books we use, how we dress: these are artefacts for the archaeologists of the future”.

Instead of speculating about how people lived, Experimental Archaeology takes information from excavations and recreates their homes, their tools, their clothes and their lives, using only materials and tools that were available in that period.

UCD is the only university in the world with such a centre.

One of the earliest Experimental Archaeology projects at the centre involved the recreation of a Mesolithic hunter-gatherer house from 10,000 years ago, which was reconstructed by Dr Graeme Warren, based on archaeological evidence from several excavations in Britain and Ireland.

For the past decade, O’Sullivan has worked on the Early Medieval Archaeology Project (EMAP), an all-island mapping of the early medieval settlements, burial grounds and industrial sites throughout the island of Ireland.

“This data is transforming how we understand early medieval society. We’ve gained a much stronger sense of how people lived together as households and small communities”.

Archaeology, according to Professor O’Sullivan, is a form of time travel. “When we go back to the past, they do things differently. We gain a sense of the diversity of the human condition. We see ways of exploring societies, such as Viking war bands, that are now gone. We see the changes across time and learn that the world is always in flux”. 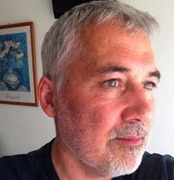 The University of James Joyce
How should we lead our lives?