The Hidden Cost of Poverty

The statistics around poverty in Ireland are stark. Around 630,000 people across the state exist on a poverty income and poverty affects approximately one in seven adults and one in six children living here.

The human cost of poverty is well documented. Far less is known about its cost to the state. Now, however, new research by Dr Micheál Collins, UCD School of Social Policy, Social Work and Social Justice has lifted the lid on the financial burden poverty puts on the public purse and the statistics make equally stark reading.

“The aim of the research was to establish, for the first time, an accurate benchmark for the costs associated with poverty which are rarely considered cumulatively,” Dr Collins says. “From the research we now know that the consequences of poverty cost the state somewhere between €3 billion and €7.2 billion every year. It is difficult to be absolutely precise which is why we have pitched the estimates between a conservative low of €3 billion and a high of over €7 billion with the main estimate coming in at around €4.5 billon. This is more than the annual budgets for the Departments of housing, justice, transport, and agriculture combined. Intriguingly, very little of the cost arises in the Department of Social Protection. The really big expenditure is in healthcare.”

The Hidden Cost of Poverty was commissioned by the Society of St Vincent de Paul and, using the standard definition of poverty as those living below a ‘poverty line’ set at 60% of median equivalised disposable income (the total income of a household, after tax and welfare payments, divided by the number of household members converted into equalised adults), it shows that over the last decade between 13% and 17% of the population here has been living on an income below that line.

The report looks at the public service costs involved in dealing with poverty under six main headings: healthcare, children and families, education and training, housing, justice and certain welfare supports.

Healthcare accounts for almost a third of the additional spending with the report estimating the cost of dealing with the poor health outcomes associated with poverty at over €1.2 billion per annum. The additional costs for education are put at almost €550 million while over €900 million is spent on housing and a further €900 million on emergency services and the justice system, highlighting the association between social and economic disadvantage, exclusion, marginalisation, and crime.

Put another way, €1 in every €20 collected from taxes, social insurance and charges ends up being allocated to pay for how poverty damages people’s lives. Poverty has an impact on everyone living in Ireland. This is why a coherent national strategy to address and successfully reduce poverty and its consequences would be of significant benefit to all,” Dr Collins says.

When the recurring costs of poverty are combined we estimate the annual cost to each household at around €2,600 or €913 per person.

“Secondly, the results of the research point towards the potential for a new suite of public policies focused on addressing and reducing current experiences of poverty and their past consequences. For example, increasing welfare payments for certain cohorts, reducing educational disadvantage and running public health initiatives. Such actions have the potential to create a virtuous circle for society, where the lives of the least well off are improved while simultaneously freeing up government resources to focus on other public policy priorities.”

Dr Collins adds that for many years Ireland was an international leader in the adoption of national anti-poverty strategies targeted at addressing exactly the challenges highlighted in his report. “Regrettably, in recent years this focus has slipped,” he says. “Most of those who are in poverty record a depth of poverty in and around €56 per week and unsurprisingly, their overall financial well-being is weak.”

“The reality is that poverty will never completely disappear. There will always be legacy effects such as the one in six children whose damaged educational outcomes as a result of poverty will remain a problem into the future. But we need to get closer to developing a solution for those on low incomes in a broader and more holistic way,” Dr Collins says. “Our approach has tended to be siloed, with part of it being dealt with by the Department of Social Protection and part by the Department of Enterprise, Trade and Employment, whereas we need an integration of welfare payments and an adequate living wage without which people cannot earn enough to get above the poverty line.”

Dr Collins points out that when the focus on alleviating poverty has been explicit – such as preventing older people from living in poverty – it has been successful and the numbers affected are relatively low. “We need to put the same sort of effort into helping working age adults and children,” he says. “Poverty has a big impact on children that endures for the rest of their lives and as a result represents a long-term cost for the state.”

Dr Micheál Collins was in conversation with Olive Keogh MA, contributor to the Irish Times. 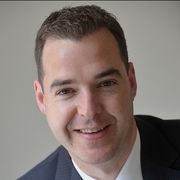