Philosophy at the Crossroads of Civilisations

Mention Greek philosophy and one thinks of Plato and Aristotle but what about Proclus? Newly-appointed Associate Professor at UCD School of Philosophy Dragos Calma hopes to make this 5th century thinker if not a household name then at least better appreciated by the modern academy.

Proclus (412-485) was the victim of one of philosophy’s great misattributions – his work was passed off for several centuries as belonging to Aristotle. This creative mix-up is part of an intriguing story surrounding one of the last great custodians of ‘the School of Athens’. It’s a story of how a pagan text, reworked by Muslims, ended up being used in the Catholic Church to explain Christian doctrine.

Throw in forgery, impersonation and religious persecution and you have the ingredients of a Dan Brown novel. However, Associate Professor Calma is not interested in fiction. He wants to uncover the truth behind a neglected chapter of medieval history which, he believes, can help us to address the so-called ‘clash of civilisations’.

Associate Professor Calma’s arrival in Belfield is fitting, given UCD’s strong tradition in teaching Greek philosophy. The late Fr Fergal O’Connor introduced thousands of undergrads to Plato’s Cave, and the Neoplatonist Proclus saw himself as carrying the flame of Socrates’ most famous disciple. In other respects, his appointment is a novel one. He brings with him the sort of EU research budget for a humanities project that would send a Brexiteer into apoplexy: a €1,992,643 European Research Council consolidator grant to develop Neoplatonism and Abrahamic Traditions (NeoplAT) over a five-year period. The project also has an inter-disciplinary flavour – incorporating scriptural interpretation and translation – that departs from ‘pure philosophy’.

“I am interested in how ideas develop,” explains Associate Professor Calma, who is proficient in seven languages from Latin to his native tongue of Romanian. “I am not trying to develop my own philosophical thoughts about the world – ‘What’s the nature of time?’ and so on – but to see how ideas spread.”

Proclus was no academic slouch himself. On an average day, he’d write ten pages and deliver four lectures, Associate Professor Calma says admiringly. His seminal work was Elements of Theology, which contains the Neoplatonic theory that there are different layers of reality – like turtles stacked on top of one another. Critically, Proclus shuns the idea of infinite regress – colloquially, ‘turtles all the way down’ and instead posits an ultimate reality called ‘The One’ upon which everything rests.

Elements of Theology was reworked for a Christian audience by the theologian-cum-imposter Dionysius the Areopagite, who lied that he was a contemporary of St Paul’s. The great Irish philosopher John Scotus Eriugena (the bald monk on the old £5 note) translated Dionysius’ writings, which were then used to explain core Christian teachings, including the hierarchy of bishops and priests. It also infiltrated the Islamic world and Proclus’ metaphysics was distilled into a text called The Book of Causes (Liber de Causis), which was hugely influential in medieval times. In 1270, however, Thomas Aquinas realised it was not authored by Aristotle, as had been widely assumed, but was rather ‘a pagan text, transformed in the Muslim world’. This was awkward, to say the least – “Imagine, at one point Aquinas used the Book of Causes to explain the Eucharist.”

Part of Associate Professor Calma’s project is to establish the fate of the book after 1270. It is widely assumed theologians lost interest but “this is not true”, he says. He has discovered dozens of commentaries about the book “in Poland, Prague, Cambridge, Italy, Uppsala, all over Europe”, showing it was taught from the 13th century to the 17th century. “Why were Muslims, Jews and Christians all interested in this text? Why did authors comment on this book for centuries, even though they knew it had pagan origins?”

“I will give you my best answer in five years but my feeling is they found in Proclus and The Book of Causes the perfect match between philosophy and theology, between reason and faith. They found philosophical concepts large enough, generous enough to be accommodated to various theological traditions.”

Associate Professor Calma, whose research team includes his wife Iulia Székely, says it was Professor Maria Baghramian, UCD School of Philosophy who convinced him to come to Dublin as she “really understood” the project, and how it helped to illuminate the overlap between western and eastern civilisations. “I want to leave a legacy to an institution – books, and pdfs of manuscripts – so that others who are willing to work on the same project or the same texts, or similar texts, will know where to go,” he adds. “If someone wants to work on Neoplatonism at some stage in the future, they will know where to go; they will go to UCD.”

I want to leave a legacy to an institution – books, and pdfs of manuscripts – so that others who are willing to work on the same project or the same texts, or similar texts, will know where to go

Associate Professor Dragos Calma was in conversation with Joe Humphreys (BA Politics and Economics, 1992; MA Political Theory, 1994), an assistant news editor with The Irish Times for which he produces the weekly ‘Unthinkable’ philosophy column. 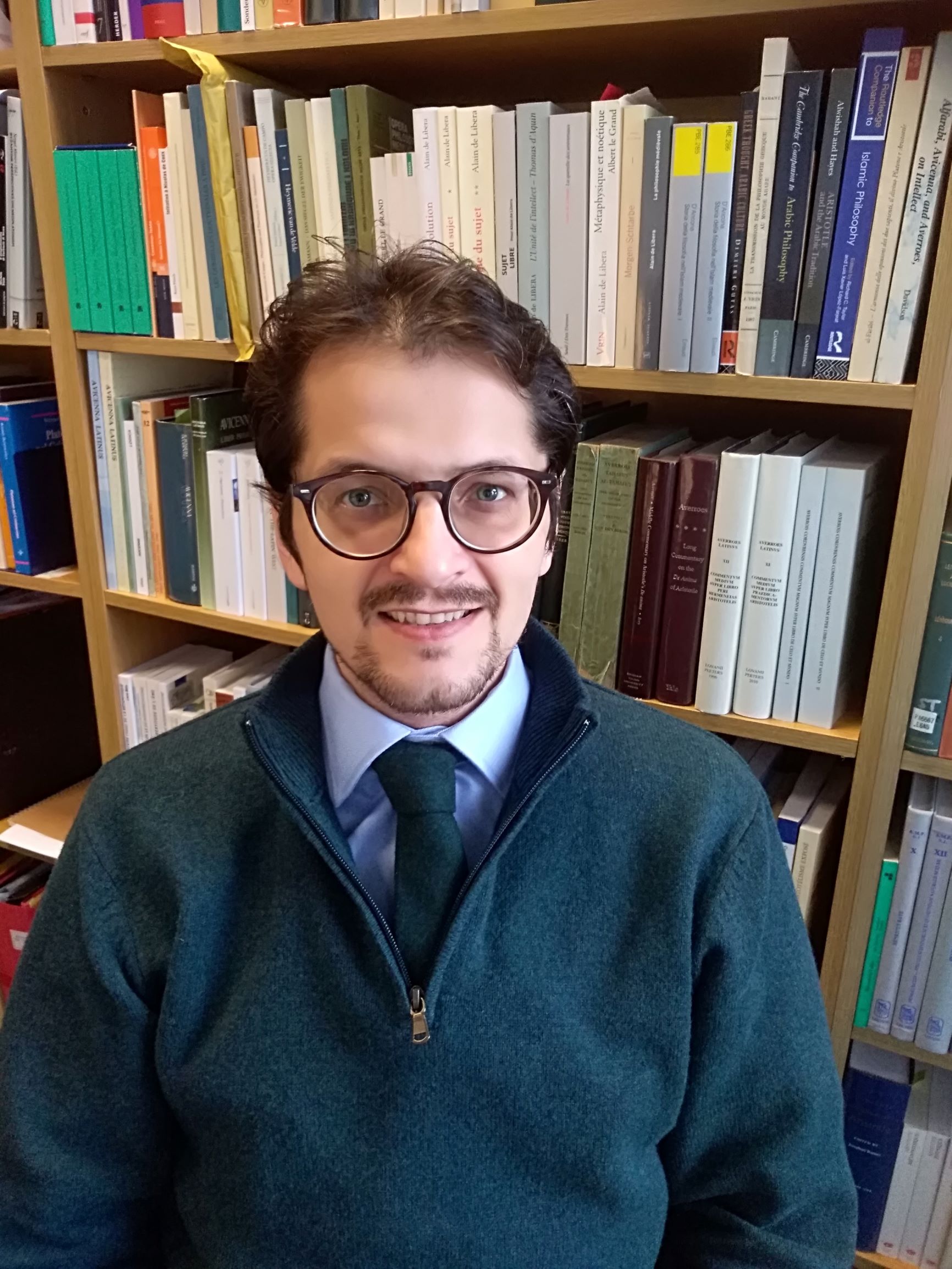