Ripples in the fabric of spacetime

Detecting gravitational waves can open up new ways of understanding the Universe.

On February 11th, 2016, news officially broke that for the first time, scientists had detected ripples in the fabric of spacetime called gravitational waves. The breakthrough, heard as ‘chirps’ last September at the Laser Interferometer Gravitational Waves Observatory (LIGO) in the USA, put to bed a century-old prediction by Albert Einstein and now stands to open up a whole new lens on the Universe.

Gravitational waves have been causing ripples through the scientific and mathematical community for more than a century – they are a key component of Einstein’s theory of general relativity, which emerged as a development of his famous 1905 theory of special relativity, with its iconic equation E=Mc2.

“Einstein had come up with special relativity in 1905 which said that nothing could travel faster than the speed of light, but our understanding at the time was that the effect of gravity was instantaneous,” explains Professor Adrian Ottewill, Professor of Mathematical Physics at UCD School of Mathematics & Statistics.

“Einstein required a theory of gravitation where things were restricted to travel not instantaneously but at finite speed, and the theory he evolved (and published in 1915) was that we live in a curved, four-dimensional spacetime where matter tells the spacetime how to curve and then matter follows the shortest path within that.”

The basic picture holds, but there are a few caveats with this popular image, Professor Ottewill explains. “We live within the trampoline, rather than in some higher dimension looking at it,” he says. “And spacetime – the trampoline – is incredibly stiff so the ripples in spacetime are extremely small. The ones we would observe are from some of the most violent and energetic events in the Universe.”

Until now, there has been no direct evidence for the gravitational waves or ripples in spacetime that Einstein predicted just a year after publishing his 1915 theory, but that has all changed thanks to LIGO, which currently consists of two interferometers in remote parts of the United States of America.

Each interferometer has two four-kilometre-long ‘arms’ arranged in an L-shape. Lasers pass along the arms, reflected by mirrors at each end. If a gravitational wave passes through, the lengths of the arms change ever so slightly, and the lasers move out of sync with each other.

Last September, detectors at the twin LIGO interferometers picked up gravitational waves from the collision of two black holes, a cataclysmic event that happened around 1.3 billion years ago. The ‘chirps’ from the interferometer were clear: gravitational waves had been caught passing through. Despite the enormity of the black hole merger, the signal detectable on Earth was extremely small, explains Professor Ottewill:

But that tiny change heralded an enormous event in physics – scientists had at last picked up the ‘sound’ of a gravitational wave, providing evidence for Einstein’s predictions.

New lens on the Universe

Professor Ottewill, who wrote early data analysis packages for the LIGO Scientific Collaboration, has a long-time interest in gravitational wave research and is excited about the potential of being able to tune into these cosmic signals.

At the moment, all of our information about the Universe comes from signals on the electromagnetic or ‘electro-weak’ spectrum, but only 5 per cent of matter in the Universe is visible in this way. Being able to ‘listen’ to gravitational waves will let us learn more about the Universe, he explains.

“The very early Universe, for approximately the first 380,000 years, is essentially opaque to electromagnetic radiation – it is so hot it is like trying to look through pea soup. The great thing about gravity is that the very weak interaction, that makes it so hard to detect, also means that gravitational waves travelled through the very early Universe basically unhindered. Even at those early stages the Universe is transparent to gravitational waves allowing them to travel to us from within fractions of a second of the Big Bang.”

As well as giving us a new lens on the very early Universe, gravitational waves should also allow us to learn more about catastrophic events such as the collapse of stars, where the signals may even let us detect ‘starquakes’, he adds.

Now that we have detected gravitational waves, the push is on to extend our powers to do so.

“There is great excitement that we have seen something, now we know the technology is there, and the goal is to push forward the technology and use it as an observational tool,” explains Professor Ottewill.

A global network of interferometer detectors is currently planned that will liaise with optical telescopes to try and pinpoint the sources of these ripples in spacetime.

Beyond Earth, ESA has just launched the LISA Pathfinder mission to test technology for a future interferometer in space. That future eLISA mission will detect gravitational wave signals in lower frequencies than could feasibly be detected on Earth.

Professor Ottewill and colleagues in UCD are currently working on understanding the sources that eLISA will detect, where the techniques and challenges complement and sometimes cross over with LIGO. “eLISA will provide a very fine probe of the highly curved spacetime of environments such as black holes,” he says.

And, for the even broader view, combining multiple types of signals coming from events and regions of the Universe will open up ‘multi-messenger’ astronomy. “The idea of hearing the Universe with gravitational waves and seeing then with optical telescopes will become the way of the future,” says Professor Ottewill. “Multi-messenger astronomy uses more of our senses to give us a richer picture.” 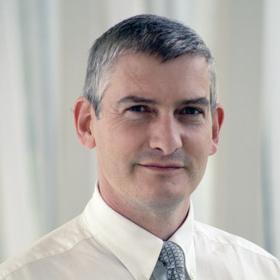