Johnny Sexton would love life as a quarterback this past season. The NFL powers that be decreed even the remotest “roughing the passer” indiscretion would be penalised. Turns out rugby union’s textbook tackle is threatening the very existence of linebackers paid millions of dollars to rinse and repeat one job: sack the QB.

Even the crown of a tackler’s helmet glancing the QB’s shoulder pad was deemed illegal. Nor can you fall on the main man anymore. No driving them into the ground. Accidentally drop your body weight on them? “Personal foul, roughing the passer.”

The game’s gone soft, cried the majority who have never spent days, even months, recovering from severe brain injury. The tightened up ‘personal foul’ offers near total protection for the porcelain dolls of America’s game.

Game redefining rule changes have also been adopted to make rugby safer. Designed to protect players from each other, the tweaks caused some consternation.

“The game has gone too PC,” Leicester Tigers coach Geordan Murphy lamented after a red card was shown to six foot seven inch lock Will Spencer for his (now out of date) textbook tackle on six foot two inch Tommy Taylor in September 2018. Murphy subsequently apologised, the former Ireland fullback realising he was embroiled in a watershed moment and sensing the urgent need to stop rugby from devouring itself.

Some experiments are working – others have proved deeply flawed – but The Coach always evolves quicker than the rest of us. All of a sudden they are teaching players new techniques, like tackling the player ‘below the ball’ (in order to avoid Spencer’s fate). Just look at six foot eight inch James Ryan dropping to his knees to envelope Antonie Dupont’s five foot nine inch frame in the 2019 Six Nations match between Ireland and France.

Clearly, there is a new textbook

“What’s actually fascinating in the US, they are bringing in a lot of rugby guys to teach tackle technique,” said William Johnston , physiotherapist and PhD researcher at the Insight Centre for Data Analytics at UCD. “They have the same problems. The tackler is at higher risk. Going in high leaves you at higher risk.”

It should be stated: at a higher risk of suffering concussion.

Honing one’s tackle technique has never been so important but there might be another way to deal with this never-ending problem. We are talking to William Johnston about his PhD studies – a joint venture between the Insight Centre and the IRFU  – and how rugby might untangle itself from the concussion web that threatens to decimate contact sport.

The theory, when simplified, is that players must improve their balance to improve tackle technique and fewer concussions should follow. In 2016/17 Connacht and the Ireland under-20 squads underwent the experiment whereby 109 elite male rugby players were baseline tested in dynamic balance performance in preseason.

“This test can never say you are 100% likely to avoid concussion,” said Johnston. “Concussion is a contact injury.”

"These findings add significant value to the current literature in sport related concussion; contributing an increased understanding of why individuals may be at risk of concussion." Professor Brian Caulfield, Director, Insight Centre for Data Analytics at UCD

Of course, but what can it do?

“What we can do is test players now to see if they are above the [balance] score. If below we can say if you work on your balance, movement control and tackle technique your risk of concussion should go down. Quite a lot of research shows balance is related to ankle and knee injuries but not to concussion. Over the last couple of years, research has come out of the UK where they showed movement and balance control training in community and schools rugby, where they did injury prevention programmes, and over the course of a season they had 60% reduction in concussion as well as other injuries.

“That flagged to us, ‘Ok, they don’t really know the reason why there is a reduction.’ They felt maybe it is to do with neck strength because neck strength was part of it.”

“Our hypothesis is that maybe it is down to movement and control. The tacklers are at the highest risk of concussion (70%) and a lot of that is around technique and the position someone goes into [contact]. Essentially this gives us a way to control a person’s control of their movement. You would assume people with poorer movement control have poorer tackle technique and that puts them at an increased risk of concussion.”

So, I improve my dynamic balance performance and there is less chance of suffering a concussion?

“Theoretically. The whole idea with science is it’s incremental. This is the first study to show it. We will test this again. I was in America last summer doing the same thing with American Football and Ice Hockey.”

This remains an exploratory investigation but Johnston could be working in this field for a very long time. “I’d say so. The more you look into it, the more there is. There are so many next steps. I can’t see myself calling quits after I submit the PhD.”

Our hypothesis is that…it is down to movement and control. The tacklers are at the highest risk of concussion (70%)

Good. His continued research is needed

The coaches will take care of technique. “Showing the risk is the first step in the process. Ideally we do an intervention study – identify people who would be at risk – like balance training, strength and tackle technique and then seeing if that reduces the risk. Like the lower tackle technique experiments they were doing in England.”

These experiments were abandoned as concussions increased due to ball carriers dipping into tackles when the tackler was already forced, by the trial law, to stoop low. The result was increased head on head collisions.

“It was a shame it didn’t have a positive effect but it might benefit this research as you now need to look at other ways of doing it. We can’t just implement changes in the rules of the game.”

William Johnston was in conversation with Gavin Cummiskey (BA 2001), sports journalist with The Irish Times. 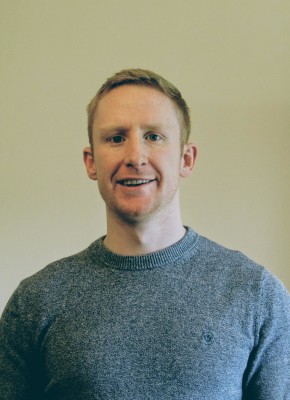 Improving your marathon with the wisdom of the dataset
Shine your spotlight
Nutrition a key weapon in the fight against illness in old age
Comments are closed.
Facebook
Instagram
Twitter
YouTube
RSS Feed
Google Plus