Migration and the Making of Ireland

Both the Republic of Ireland and Northern Ireland have experienced large-scale immigration in recent decades. Migration and the Making of Ireland grew out of an attempt to write a book on how immigration has previously changed and is currently changing Irish society. However, any conversation in Ireland about immigration seems to quickly turn to the experiences of Irish emigrants and of the communities they left behind. Emigration, in the Irish imagination, is associated with the Great Famine and the subsequent hollowing out of rural society due to the emigration of millions of people in the decades that followed.

Emigration drove down the population of post-Independence Ireland decade after decade and there have been peaks during the 1980s, as well as during the last decade. It is recorded in folk culture and ballads as a great trauma – it has been grappled with by playwrights, painters and historians, with a considerable body of academic scholarship, literature, drama and song seeking to address it. By comparison the lives and travails of recent and past immigrants have yet to become part of the Irish story.

The number of migrants who have settled in Ireland in recent centuries – some several hundred thousand – is small compared to the several million who emigrated during the same period. Yet, migration has shaped Ireland mostly through the impact of incomers and their descendants upon Irish society, economy and culture. Emigration has influenced Ireland mostly though processes of subtraction with some subsequent additions in the form of monetary, cultural and political remittances.

The virtual map sketched out in Migration and the Making of Ireland places a particular small island at the centre of the world. It explores commonalities and differences across space and time between the experiences of incoming and outgoing migrants with a strong emphasis on the recent waves of immigration that are re-shaping twenty-first century Ireland.

The literature on Ireland’s new immigrant communities is still emerging. The chapters on Polish, African and Muslim immigrants in this book would have been impossible to write a decade ago. The perspectives on migration that have intrigued me the most are those of migrants themselves. Most immigrants and emigrants who left or came to Ireland journeyed to improve their circumstances without giving a huge amount of thought to the feelings of earlier inhabitants. They often migrated under circumstances that were not of their choosing. However, they generally made the best use of the resources at their disposal. Often these came from family members who had already come to or left Ireland. Processes of chain migration have been common through history whereby migrants remitted resources to their kin that either supported communities at home or helped family members to follow in their wake.

The challenge has been to find similar ways of addressing the experiences of emigrants and immigrants across space and time, understanding the different political, economic, cultural and religious contexts. The basic similarities between many migrant journeys make it possible to fruitfully examine both immigration and emigration in the same breath. The kinds of wider circumstances that push and pull migrants from one place to another also recur again and again. Emigration push factors have often much to do with social, economic and political processes that, in effect, squeeze people out. Immigration pull factors include the draw of freedoms and economic opportunities that exceed those in places of origin.

Migration and the Making of Ireland draws on accounts of migrant journeys by historians and sociologists and from memoirs and newspapers across more than four centuries. It considers the political, economic and legal circumstances that made immigration and emigration possible or necessary. It provides illustrative examples of the experiences of migrants and their families. It draws on biographies, letters, newspaper accounts, recent social research, interviews and case studies produced by organisations advocating on behalf of migrants and on the work of many historians and social scientists. 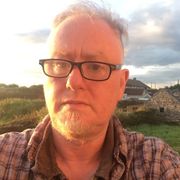