Do Helmets Protect Jockeys From Concussion?

“On some horses after a few jumps you know there is a good chance both of you will end up on the floor,” wrote Andrew McNamara for The Sports Chronicle . “That is not enjoyable but if you start thinking like that more than once in a while you are in the wrong job and definitely on the wrong horses.

“Concussions were a problem that almost ended my career before it got going,” he stated matter of factly. “I got one concussion in Tramore, not long after getting the Edward O’Grady job, riding a lunatic for him in the first race which fell. Lying on the ground, a bit groggy, I remembered there was another runner the same day that would definitely win so in the ambulance back to the weigh-room the doctor was asking me questions and I was lucid enough to answer correctly so I was cleared to ride. ”I get out of the ambulance and look back at the doctor, the order of Malta man and the doctor again. There was two of him.”

McNamara’s cousin JT McNamara tragically passed away in 2016, age 41, from injuries related to fractured C3 and C4 vertebrae suffered when he fell off Galaxy Rock at Cheltenham in 2013. McNamara’s younger brother Robbie was paralysed from the waist down following a fall at Wexford in April 2015. McNamara rode two winners while his brother was brought to hospital with life altering injuries “because that’s what a jockey does.”

The discussion is unending but experts from various fields are working to protect these fearless souls. Professor Michael Gilchrist and Dr Aisling Ní Annaidh, of UCD School of Mechanical and Materials Engineering, offer no instant solution to the perils of horse racing but methods are gradually being developed to make this multibillion euro global industry safer for the male and increasing number of elite female jockeys.

The research led by Gilchrist and Ní Annaidh – carried out in association with The Irish Turf Club – analysed 216 helmets from racing accidents, where they found concussion accounted for 91 percent of head injuries (five percent were traumatic brain injury, the other four percent skull fractures).

Research led by Professor Gilchrist and Dr Ní Annaidh…analysed 216 helmets from racing accidents, where they found concussion accounted for 91 percent of head injuries

“The very high incidence rate of concussion is alarming,” said Gilchrist, while noting amateur jockeys are nearly three times more likely to sustain a concussion compared to professionals. “When professional jockeys are starting off, they’re trained how to fall. They typically roll up in a ball and roll with the momentum to minimise the risk of injury.

“The other huge concern is repetitive head injury. To my knowledge there is no publicly available data on a longitudinal study on jockeys but if you look at boxing or rugby or American football where people are seeing long-term impairment due to repeated injuries or repeated head impacts, you would expect there is a medical health issue there for jockeys.”

The UCD project found that equestrian helmets were only damaged in 54 percent of head injury cases. Professor Gilchrist believes there has been a reduction in the incidence of skull fractures and fatalities but helmet design standards, his research clearly shows, remain deficient. The standards at the moment do provide a lot of protection but there is a question as to whether they are providing adequate protection for concussion injuries. The proportion of undamaged helmets with an associated head injury suggests that many helmets may be too stiff relative to the surface they are impacting to reduce the risk of traumatic brain injury.

UCD led a European consortium of 13 PhD students working on a broad range of topics around head impact biomechanics and how to improve safety measures. Professor Gilchrist praised the significant contribution of Dr Ní Annaidh and her PhD students who have developed new fundamental material data on soft biological tissue – cranial bone and human scalp – specifically the energy absorbed by the head during impact conditions, whilst other UCD PhD students investigated the energy absorption of foam liner materials during dynamic impact, and reconstructed real-world equestrian accidents.

The proportion of undamaged helmets with an associated head injury suggests that many helmets may be too stiff relative to the surface they are impacting to reduce the risk of traumatic brain injury.

“The budget of €4 million paid for a consortium with three universities – the KTH Royal Institute of Technology in Stockholm and the Catholic University KU Leuven in Belgium – and three helmet manufacturers: Charles Owen in Wales make equestrian helmets, LazerSport of Belgium make bicycle helmets and the Italian motorcycle helmet manufacturer, AGV.

What does he mean by helmets being “too stiff” relative to the surface they are impacting?

“When you fall from a bicycle, from a motorbike, from a horse or skiing, the motion you follow in flight coming from dismounting to actual impacting the surface involves a degree of rotational motion and linear motion.”

“There is a difference to what happens to the head as a result of rotational or linear accelerations. When you think of linear accelerations you think of G-forces. Most of the serious traumatic brain issues, including concussion, medically now have been shown to be due to shear caused by rotational motion as opposed to direct compression caused by linear motion, as if you fell vertically downwards.”

But – and this feels like a deeply significant ‘But’ – the tests to make a jockey’s helmet fit for purpose do not include the type of impacts that overwhelmingly result in concussion. This information will not prevent a young jockey climbing on the lunatic horse in Tramore, Wexford and especially when Cheltenham rolls around in March. Nobody is ignoring this reality as The Turf Club provided UCD with access to their accident data. “There has been awareness of this for certainly more than the last 10 years,” Professor Gilchrist continued. “It’s why helmet manufacturers and regulatory bodies like The Turf Club have been trying to provide us with real world data to better understand the mechanics involved in these type of injures so we can use that information to inform the development of better standards and better protocols so the next generation of helmets will absorb that rotational motion.”

And still, in 2019, a standard helmet test to protect jockeys from sustaining the brain injuries they are currently suffering does not exist?

“There is a deficiency there,” Gilchrist replied. “We would like to be able to get to a stage where we can define a test protocol for rotational motion that would replicate the majority of all concussive jockey injuries. We will then develop laboratory and surrogate computer simulation methods that are realistically biofidelic and suitable for manufacturers to develop the next generations of helmets.”

We would like to be able to get to a stage where we can define a test protocol for rotational motion that would replicate the majority of all concussive jockey injuries.

“Helmets are currently designed to reduce the severity of the injury from falling but we are trying to make that better because you have a large incidence of concussive injuries.

The discussion is unending.

Professor Michael Gilchrist was in conversation with Gavin Cummiskey (BA 2001), sports journalist with the Irish Times. 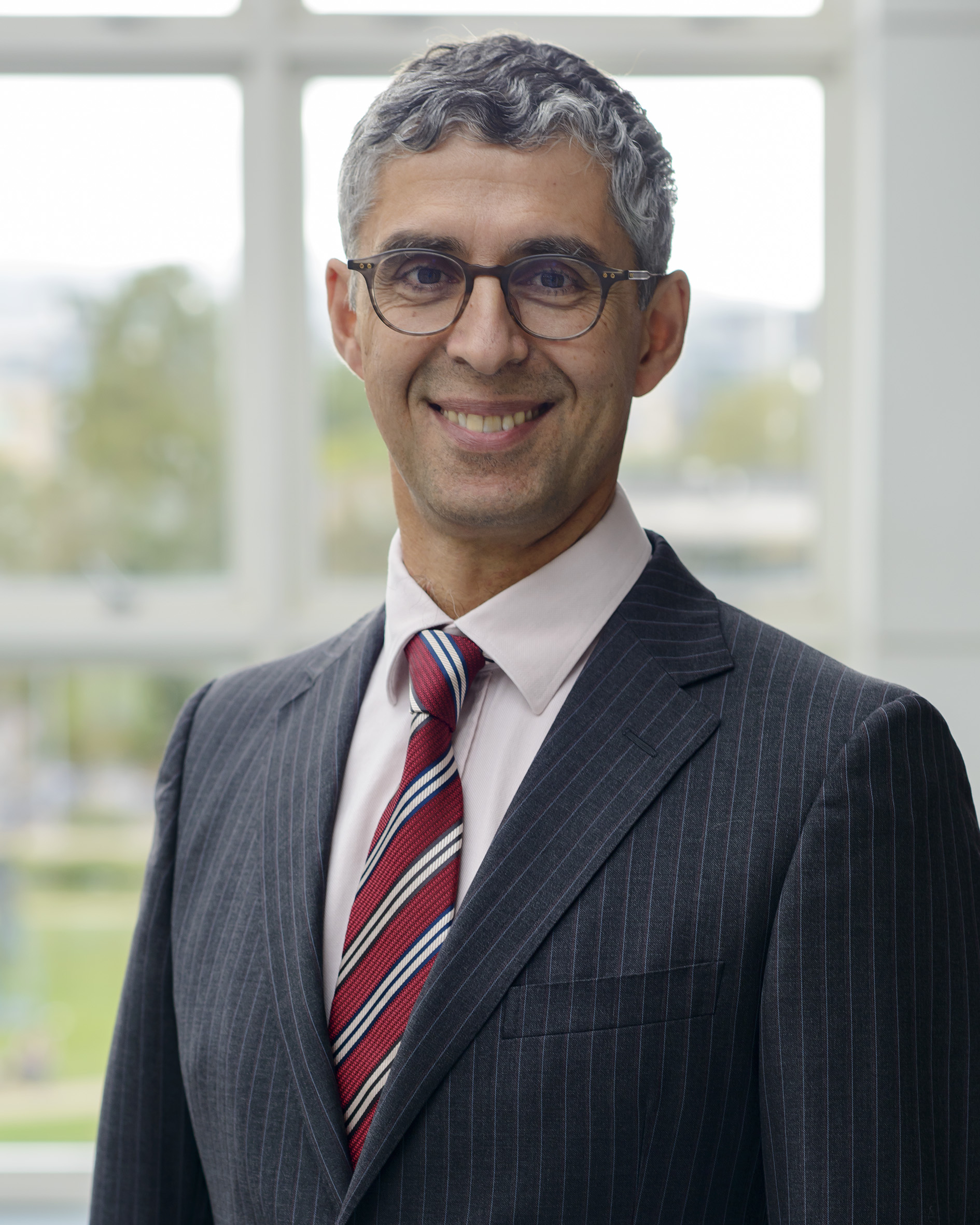