Jury service is considered to be a civic duty, yet just one third of people summoned actually turn up on the day. It’s not hard to see why those numbers are so low. In Ireland, jurors cannot claim travel expenses, and the State does not provide childcare for parents. The result is that jurors often find themselves out of pocket, particularly when they serve on lengthy trials.

These issues, and many more, are examined in a new study published by UCD Sutherland School of Law. The team of researchers interviewed 22 judges and 11 barristers to examine the ways in which judges interact with juries in criminal trials in Ireland. The research team – which includes Dr Mark Coen and Dr Niamh Howlin – asked participants about a wide range of issues, from jury misconduct to whether the judge’s gender makes a difference in trials. In particular, judges expressed clear views about how jurors are currently treated, and how they should be treated, according to Dr Coen.

Many judges spoke about what they see as the poor treatment of jurors within the Irish courts system, and some of them made “quite strong comments” about the hurdles they face. “They said things like ‘the current system is appalling’ or ‘it’s grossly unfair’ or ‘jurors are treated very badly’.

They were also very conscious of the issues facing self-employed jurors, who often cannot take their place on a jury as they cannot recoup income from any other means,

“It was striking to us how judges, who are often depicted as being out of touch with everyday life, were – without us prompting them – talking about things like a lack of provision of car parking, the cost of petrol, the cost of childcare,” he says. Judges were overwhelmingly of the opinion that jurors should be allowed to claim expenses, but also felt that they should not be paid for their time. Many pointed out that jury service is a civic duty – but several said that people should not be out of pocket for doing that duty.

Elsewhere in the research, judges spoke of the need for pre-trial hearings to be introduced in Ireland. The introduction of these hearings would mean issues like the admissibility of evidence could be debated before the jury is assembled, which would help minimise disruption to jurors’ lives.

Notably, there were no major areas of divergence between judges and barristers in the study – however, researchers did find some disagreement about whether the gender of the judge makes a difference in a jury trial.

“Some of the judges were surprised they were being asked about gender – they thought it was kind of an irrelevant thing to be asked about in this day and age,” Coen says. “A couple of the male judges replied and said ‘I think female judges are just as good as male judges’ as if we were casting aspersions on female judges by asking the question, which we weren’t.” Female judges were more likely to point to differences in the way they are perceived by jurors than their male counterparts. “One judge felt that jurors were sometimes surprised that she was a relatively young, middle-aged woman rather than a very elderly man when she walked out on the first day,” Coen says. Conversely, some of the barristers interviewed were “less reserved” when asked about gender. “Some [barristers] said that female judges were more organised and more professional. They also said some of the female judges can go a bit quickly for juries, rattle through the charge. Obviously, these are all generalisations,” Coen says.

Participants were also asked about their views on whether jurors should be given written materials in court. Historically, courtrooms have been firmly rooted in an oral tradition, but today, many countries provide jurors with written materials to aid their deliberations. In England, for example, “route to verdict” documents are “basically mandatory”, Coen says. These documents encourage jurors to address particular issues sequentially in their deliberations to help them reach a verdict.

While written materials are becoming more common in jury trials abroad, this is not the case in Ireland. None of the judges interviewed for this study had ever given written materials to a jury. Furthermore, Dr Coen says judges had “an overwhelmingly negative reaction” to the idea, and many were unaware that the practice is commonplace in other countries. The report recommends that judges be offered educational seminars to help inform them about international developments.

Today, most people have access to the internet, meaning jurors can easily research the accused online. The study found that there is significant divergence in judges’ handling of the issue. Around half of judges warn jurors about the internet in all cases; a quarter warn jurors in some cases, and a quarter said they never give a warning.

“These figures are concerning because they show that there is no clear practice currently in place for judges to follow,” Dr Coen explains. “Some judges expressed concerns that warning jurors about the dangers of researching the accused online could make them think there is something they should know that is being kept from them.” But Coen says this view is “not very convincing”.

“It’s not a question of putting it in someone’s head; it’s already in their head, and furthermore, it’s now the natural thing to do,” he says.

We’re all programmed to conduct our own research now, so one of our recommendations [in the study] is that there needs to be a standardised direction relating to the internet and it needs to be given in every case

There is more work to be done for Coen and the research team. Going forward, will publish a series of peer reviewed articles based on their findings. But jurors are the “missing pieces” in the puzzle, Dr Coen says – and the full picture of judge-jury relations in Ireland will not become clear until their voices are heard. 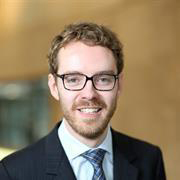 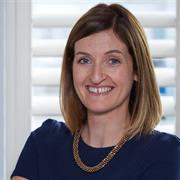