In the past 40 years, polling companies have published over 620 surveys of voting intentions. We’ve all seen the regular cycles of opinion polls in news outlets, with a greater number of polls held around election campaigns, but it’s only when read together that a series of polls really starts to take on greater significance.

Dr Stefan Müller, Assistant Professor and Ad Astra Fellow at UCD School of Politics and International Relations, working with colleague Dr Tom Louwerse (Leiden University), has developed the Irish Polling Indicator, a project that pools opinion surveys to arrive at the best estimate of the current support for parties. The Indicator goes back as far as 1983 and is updated with the release of each opinion poll. By combining multiple polls, the method reduces sampling errors in individual surveys, while the Bayesian statistical model accounts for structural differences in how companies carry out polls.

“The theory of responsiveness assumes that parties face electoral incentives to listen to voters,” says Müller. “If new issues emerge on the political agenda, parties need to be aware of them and possibly adjust their emphasis or positions. And evidence shows that parties consider public opinion: for instance, one study in the American Journal of Political Science suggests that exposure to public opinion research can lead politicians to change their rhetoric, while another study shows that parties underperforming in the polls emphasised their own policy positions to attack other parties.”

In the Irish context, Müller says, recent opinion poll data showed that around 45–50% of under-35s regularly mentioned either house prices or cost of renting as the most important problem, and parties responded accordingly. “At the Connected Politics Lab at UCD we studied how issue emphasis on Twitter (accounts of parties and party leaders) changed after the election in 2020 was announced. The actors focused much more on healthcare and housing in their tweets (which were the dominant election issues according to polls) and basically stopped talking about Brexit and the EU.”

So do polls change the trajectory of a campaign?

“It’s hard to say,” says Müller. “Given that single polls are important but rely on only one sample, the Irish Polling Indicator is a useful additional tool. Polls can also be a reaction to the trajectory of a campaign. Issues that emerge on the agenda could change the trajectory of a campaign. And this often becomes evident through public opinion. I don’t think that individual polls change the trajectory, but consistent trends may lead parties to rethink their strategy.”

“Evidence from Denmark shows that polls showing change are selected in more media reports, and even small changes are amplified through political reactions even if these ‘changes’ are within the margin of error. Irish media often do the same, even in this electoral cycle. But there is evidence that news articles mention the margin of error more often in recent years.”

Müller mentions research which shows that polls are, on average, relatively stable in the run-up to the election campaign and are often good indicators of the election result. “Tom Louwerse and myself find that government parties often lose support at the beginning of the electoral cycle, but struggle to regain support in the months prior to upcoming elections. But we want to stress that the aim of the Irish Polling Indicator is to inform people about the information contained in opinion polls, not to forecast elections.”

Research on agenda setting on social media in the US finds that politicians tend to follow, rather than lead, discussion of public issues, says Müller. “In a study on Switzerland, which I carried out with a team of co-authors from the University of Zurich, we found that agenda-setting dynamics on social media and in newspapers are closely interlinked.”

The Indicator is a valuable tool for political parties, candidates or indeed anyone interested in politics. “Instead of looking at a single poll, parties and candidates can see how this poll compares with all other polls published recently,” Müller says. Politicians and voters can compare a single poll with the aggregated support, and also get a sense of the most likely range of support.

We know from personal communication with politicians and advisors that many Irish practitioners ‘are quasi-obsessive users of the site’ (quote from an advisor for a main Irish party). Our efforts seem to be appreciated by Irish policy-makers and advisors.”

How the Polling Indicator was compiled

Researching the data that comprises the Polling Indicator was a significant task. “We manually read and coded newspaper articles and raw reports,” says Müller. “We went through the online archives and extracted information on parties’ standing in the polls using scanned versions of Irish newspapers. This allowed us to go back until 1987. Not many polls were released prior to 1983.”

Ultimately, only 18 polls were excluded from the Indicator, most of which were from the 80s or 90s, mainly because the sample size or all relevant parties were not mentioned in the reports. “After we have implemented and validated the approach, we add new polls immediately after its release and rerun the algorithm. The simulations run for around one hour – afterwards, the website and replication data get automatically updated. We publish aggregated estimates on the day after the release of a poll.”

Assistant Professor Stefan Müller was in conversation with Peter McGuire, BA (2002), MLitt (2007), a freelance journalist and a regular contributor to The Irish Times. 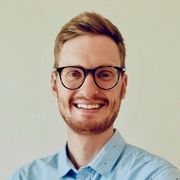