Michelle Norris is Professor of Social Policy and Director of UCD Geary Institute for Public Policy and her research focuses on teaching on housing policy and urban regeneration.

Professor Norris’s ten-year term as Chairperson of the Housing Finance Agency – the main government agency that finances social housing will finish at the end of 2021. She believes that the cuts to funding for social housing made after the last recession led to waiting lists lengthening but this is just the latest manifestation of a much longer pattern.

“Funding for social housing has risen and fallen after every recession since the 1970s. Funding has been cut and then has risen again, it’s not the simple issue that the Government stopped funding it. The bigger issue has been a ‘boom-bust’ cycle of funding and that’s very problematic from the point of view of trying to run the sector,” says Professor Norris.

She believes that there have been a couple of problems when it comes to social housing provision historically in Ireland. Part of the route to solving these problems, she says, is that Ireland needs to have an ‘honest conversation’ about how we got there in the first place. “In my opinion we certainly need more social housing, because I can see no other way how low-to-middle income earners can access housing, but we also need to look at the funding model and how this has contributed to the system we are in.

“The reason we are short of social housing is because we haven’t managed the sector as a public asset. A portion of the housing stock over the last century here in Ireland has been built by local authorities but we have chosen to sell it off at a relatively low price and therefore we have a shortage. That policy continues and is supported by all political parties right across the political spectrum,” she notes.

In this case there is very low privatisation of this housing, so for example the investment made in Vienna in social housing in the1960s is still delivering social houses now. Whereas in the Irish model, one generation spends a lot of money on social housing and then that money seeps out of the system through sales which forces the next generation to reinvest in providing more social housing.

In Vienna, around 45% of housing is classified as ‘social or affordable’, people can earn as much as €53,000 a year and qualify for city-owned and subsidised apartments.

Professor Norris says that in terms of the Housing For All plan launched by the Department of Housing earlier this year, the funding package was “very welcome”.

“The funding of €20 billion is extremely welcome and will provide certainty for the next five years. A concern of mine is the investment seeping out of the system still through sales of social housing and other mechanisms. I think there is still a need for longer term thinking about how we can have a more sustainable funding model and I am hoping that the proposed Housing Commission which will be established in the new year will contribute to that.”

“One of the challenges is whether or not we are delivering the right types of social housing and the right locations. The level of output in Dublin and Cork city, and Galway city to a lesser extent, is well below the level of need. One of the biggest challenges is to deliver the housing where it is most needed.

“There is a very fractious public debate now on the role of investment funds in private rented accommodation. People raise perfectly legitimate concerns about investment funds’ activities, the level of rent they charge and their potential to dominate the market, but it is unfortunate that the debate seems to have focused mainly on the size of dwellings they are delivering. Our household size is way above the European average, but this is falling rapidly, and the biggest need is for units that will meet the needs of single person households and two person households and in terms of social housing that need is even more acute,” adds Professor Norris.

As numbers living in emergency accommodation continue to rise, over 9,000 men, women and children were recorded as homeless in October. One of the areas which Professor Norris is keen to highlight is the number of single men who are on social housing waiting lists and their chances of exiting homelessness.

“About 30% of the housing lists are single people and mainly single men. Some of those will have children and they will need a dwelling that will allow for children to visit. A very large portion of the waiting lists are lone parents. The latest homeless figures show nearly 800 homeless families are in Dublin while 79 are in the west, 68 are in the south-west, 55 are in the mid-east and 36 are in the mid-west.

“Around 60% of the social housing stock is three-bedroom houses and bigger – of the renaming percentage the vast majority is reserved for sheltered accommodation for older people. If you are a single man who becomes homeless, and this is by far the biggest group in homelessness, your chances of getting social housing and getting out of homelessness diminish. Less than 1% of single men who are homeless, leave homelessness to go into social housing,” Professor Norris adds.

As she prepares to step down from her current role as Chairperson of the Housing Finance Agency, she hopes that more social housing will be found in the system to alleviate the current pressure. 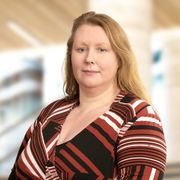