Children are often told by well-meaning adults that their school days are the best days of their lives. Unsurprisingly, they don’t always agree and initial findings from research, undertaken by UCD School of Education, suggests there is some evidence that anxiety levels among primary school children are in fact rising.

The Children’s School Lives research prioritises children’s voices about their primary schooling. It looks at their lived experience of education and how their rights and well-being are affected or improved by the school environment and their interaction with their peers, their teachers and the system at large. Indeed, one of the system’s ‘givens’, that of standardised testing in second and fourth classes, has been highlighted as an area of concern in terms of contributing to anxiety as have family breakdowns, homelessness and poverty.

Children’s School Lives is a first of its kind study of the Irish primary school system and it is using a cross-sequential longitudinal design to produce a rich set of mixed methods data. The study is being led by Professor Dympna Devine, Associate Professor Jennifer Symonds, Assistant Professor Seaneen Sloan and Assistant Professor Gabriela Martinez Sainz.

The study was launched in 2018 when the team of researchers from the UCD School of Education began following 4,000 children in two age cohorts in 189 schools from all over the country as they progressed through the junior education system. The schools included were single sex and co-ed, of different sizes and of mixed ethos and the study has been designed to provide all stakeholders with an in-depth and comprehensive overview of policy and practice in primary schools.

The study will span six years and by the end of it researchers will have formed a very accurate picture of what it is like to be a child in primary school in Ireland today. The study, which was commissioned by the National Council for Curriculum and Assessment, is comprehensive in that it also incorporates the views and experiences of parents, grandparents, teachers and school principals to better understand children’s school lives. Ultimately, researchers on the project will use this 360-degree view of the primary education system to inform future decision-making in areas such as education policy and curriculum development.

The current primary school curriculum has been in use for the last 21 years and over that time society has changed dramatically, particularly in the area of diversity. This has had a significant impact on life in the classroom. These changes are reflected in the themes covered by the research which cover equality, voice and inclusion, well-being and engagement, leading and teaching, learning outcomes and educational transitions from pre-school to primary school and between primary and secondary schools.

“The study is really digging deep into the primary school system covering schools in urban and rural settings and all of the stakeholders involved,” says Dr Martinez Sainz. “It is particularly enlightening because it is longitudinal and looking at children’s well-being over time which in turn touches on engagement and on children’s rights. Because the study was ongoing at the time of the pandemic it has also captured unique insights in the whole process of home schooling, remote teaching and learning and its challenges.”

Almost 90% of the schools participating in the Children’s School Lives study are of mixed gender and 86% are Catholic, 7% are multi-denominational and 5% are Church of Ireland. English is the predominant language of instruction. Minority group representation in the study is varied with 81% of school principals indicating they had some children from immigrant families in their schools. However, in some schools they represented over 40% of the student population while in others it was less than 5%. Almost 80% of the schools in the study have children with a learning or intellectual disability while 33% of them reported having some pupils experiencing homelessness.

The first report from the research looks both at children’s experiences of attending primary school and the formative details of their backgrounds including where they were born, their mother tongue, what social, cultural and material resources are at their family’s disposal, the structure of the family they live in, their home learning environment and their involvement in extra-curricular activities. The second report, Experiences of Remote Teaching and Learning in Ireland During the COVID-19 Pandemic (March to May 2020), gathered data on what it was like for children, principals, teachers and parents as the country entered the unknown territory of the first national lockdown.

“Children are the experts of their own experience and this study is providing a long view of education from the child’s point of view,” Dr Martinez Sainz says. “As part of this big picture looking at children’s well-being, we can see that there is a level of anxiety present. Of course this was not helped by the pandemic when the transition to home schooling and missing school had a big effect on children and indeed anxiety levels were above normal for the population as a whole. The second report highlighted the centrality of school in children’s everyday lives and also how the experience of remote learning was not equally good for all. As such, the focus of future-directed efforts should be not only on realising children’s rights to education but also on realising the rights of all children to have a balanced and rich experience of that education be it from home or in school. ”

“What we will capture in the upcoming years in the study will be the impact of COVID-19 and the lockdowns on children’s experiences of school and education,” Dr Martinez Sainz adds. “also, it will be providing insights into the bigger picture that accounts for the complexity of the primary school experience and ultimately children’s learning. Furthermore, it will reflect how the pandemic has affected children’s well-being but also their engagement with learning, how the school culture and relationships have been impacted as a result of the pandemic and what issues in relation to equality and inclusion have emerged because of the school closures.”

The second report highlighted the centrality of school in children’s everyday lives and also how the experience of remote learning was not equally good for all. 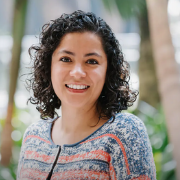