In Ireland, approximately 250,000 people are affected by diabetes, at a cost of €1.35 billion to the health budget. Around 10-15% of this group lives with Type 1 diabetes, an autoimmune condition that causes a person’s body to destroy the insulin-producing cells of the pancreas and requires them to inject insulin every day for the whole of their lives.

According to the World Health Organisation, there are some 60 million people with diabetes in Europe – including the highest number of children and adolescents with Type 1 diabetes. Presently, Europe has the third largest diabetes-related expenditure worldwide, at over €145 billion. Furthermore, a twenty-five-year study published in the journal Diabetologia shows that the incidence of Type 1 diabetes is increasing by 3.4% per year across the region and, if this trend continues, incidence will double in the next twenty years.

Adding insult to serious injury, up to 40% of Type 1 diabetes patients develop chronic kidney disease during their lives – which is progressive and currently irreversible. This means their prospects are often limited to enduring life on dialysis and greatly reduced life expectancy.

Type 1 diabetes…causes a person’s body to destroy the insulin-producing cells of the pancreas and requires them to inject insulin every day for the whole of their lives.

Over the last two decades, researchers at UCD have been examining diabetes and its complications from different approaches – attempting to discover unique interactions between the disease and its pathways and the human genome. In recent years, Professor Catherine Godson, Dr Eoin Brennan and their team at UCD’s Diabetes Complications Research Centre (DCRC) and UCD Conway Institute, and their international collaborators, conducted the largest ever study investigating genetic predisposition to diabetic kidney disease (DKD) in patients with Type 1 diabetes. The findings of the unprecedented study – which involved almost 20,000 Type 1 diabetes patients of European descent, with and without kidney disease – were published on 30 October 2019 in the Journal of the American Society of Nephrology, identifying sixteen new gene regions associated with DKD.

Answers in the Genes

Although previous studies have shown that DKD has a genetic component, little was known about the genes involved until now. The ground-breaking recent research set out to uncover genetic differences (or variants) that might explain why some people are susceptible and others relatively resistant to DKD. The UCD team, including Dr Darrell Andrews and Dr Ross Doyle, UCD School of Medicine, collaborated with colleagues in Queen’s University Belfast, the Broad Institute, Harvard Medical School and University of Helsinki to complete the Genome Wide Association Study. A major finding of the research was the identification of a genetic variant within the coding region of the Col4a3 gene, which normally produces a specific type of collagen important for maintaining the structure and function of the kidney. Intriguingly, Type 1 diabetes patients who express this genetic variant are protected against developing DKD, as it is associated with reduced thickening of the glomerular basement membrane, thereby preserving kidney function. Significantly, the discovery has prompted researchers in the DCRC to develop new experimental models that could mimic the action of this variant.

Another gene implicated in the study with known or suggestive involvement in DKD is BMP7, which is connected with a family of proteins important for organ development and health. In a diseased kidney, the body produces several proteins which prevent the gene from signalling correctly. One such protein known as ‘Gremlin’ (GREM1) works by preventing BMP7 from carrying out its function.

The discovery of this association builds on years of research by the DCRC into the biological function of Gremlin, which they discovered over 10 years ago. It has spawned new investigations into how to promote BMP7 activity and prevent Gremlin activity, to support kidney health and defend against disease in DKD – and likely in other diseases such as lung and cardiac fibrosis.

A third major finding implicates genes and pathways that regulate inflammation, supporting the relatively recent hypothesis that inflammation plays a key role in DKD. It is important that the onset and resolution of the inflammatory response is tightly controlled. If unresolved, excessive inflammation can lead to scar tissue (fibrosis) and other disease-causing insults to the organ.

However, in healthy conditions the body generates certain endogenous molecules that promote the resolution of inflammation. Researchers in the DCRC have worked extensively in this field over the last two decades, with a particular interest in Lipoxins. In collaboration with Professor Pat Guiry and his team in UCD School of Chemistry, the investigators have developed synthetic versions of natural lipoxin molecules and have been investigating the potential of these as new therapeutics in DKD and other complications of diabetes including atherosclerosis and heart disease.

Their studies show that by promoting the resolution of inflammation using these novel therapies, they not only halt the progression of diabetic complications but also reverse established disease. UCD Conway Fellow and member of the DCRC, Dr Eoin Brennan said: “A major benefit of our approach is that these new therapies target inflammation more subtly, as opposed to the suppressive action of anti-inflammatory drugs which may compromise the body’s natural defence system. Our new therapies help to resolve inflammation, promote healing without hindering the body’s defences, and do so without the creation of fibrotic tissue, which can lead to eventual organ failure.”

The sixteen DKD–associated gene regions will provide novel insights into the pathways of the condition and help identify potential biologic targets for prevention and treatment. However, beyond DKD, fibrosis is a source of many chronic diseases and researchers can now further explore how this inflammation resolution approach may work for different disease contexts.

The Genome-Wide Association Study was supported by a US-Ireland R&D partnership award from SFI and the HRB, the Northern Ireland Office and US National Institutes of Health, to investigators at UCD and its partners in Northern Ireland and the US. Additional funding for ongoing investigations comes from the Juvenile Diabetes Research Foundation in New York.

After recently receiving the Women in Science Award for her work, from the International Association of Inflammation Societies, Professor Catherine Godson commented: “This study was a truly collaborative effort, bringing together expertise from all over the world. It is only through these multi-centre international studies, such as the GENIE Consortium*, that we can really start to understand the genetics of major diseases, such as DKD.”

The sixteen DKD–associated gene regions will provide novel insights into the pathways of the condition and help identify potential biologic targets for prevention and treatment. 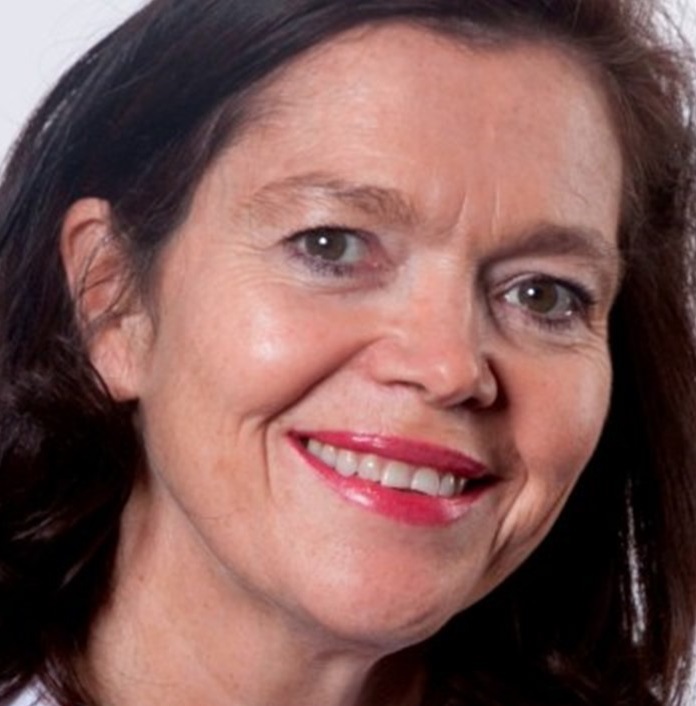